The Best and Most Profitable U.S. Real Estate Investments are in the City of Detroit 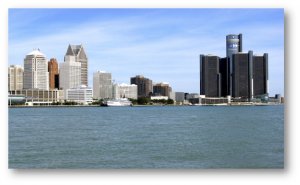 Once one of the greatest cities in the world, Detroit was the birthplace of the American car industry and the mega-successful sounds of Motown.

Detroit was responsible for creating the American middle class and provided the foundation for the American dream. In 1900, Detroit was a small compact manufacturing center with a population on 285,000-making it the thirteenth largest city in the U.S.

The economic storm of 2008 resulted in thousands of jobs lost, countless homes foreclosed, and population declination from close 900,000 to a little over 700,000 residents. The chances for overcoming these seemingly insurmountable odds would be daunting at best; but, amazingly, Detroit’s turnaround happened.

Starting in 2014, Detroit saw unbelievable housing growth, economic stability and an influx of businesses moving into the downtown area.

In a recent article published by http://www.mlive.com/news/detroit, titled ‘Forbes lists Detroit’s housing market as most undervalued in nation’, posted on July 29, 2017 at 8:00 AM, Detroit is listed by Fitch Ratings as “a new ranking of undervalued housing market…”

With the housing prices being listed as 11.7 percent undervalued, Fitch Ratings believes that this position will help the city ‘to continue to make a strong financial comeback and “the rebound could pay huge dividends for homeowners.”

Because of the low housing prices, high demand due to revitalization and heavy investment in the downtown sector, Detroit is a perfect market for investors to realize extraordinary returns.  Additionally, there is a tremendous opportunity for upside and huge increases in property value as we rebuild.

This is both the perfect time and perfect place for profitable real estate investment with the right team!